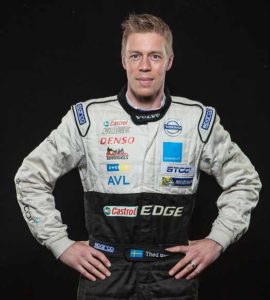 During 2017 was Swedish MotorSport best in the world. World champions in 3 different branches. One of them was Thed Björk.

In interviews in TV and newspapers Thed has emphasized the mental training as one of the most important reasons to his success. He uses a special mental preparation program (developed by his mental trainer Jan Alriksson) before each race.

Thed will do his workshop together with Jan Alriksson