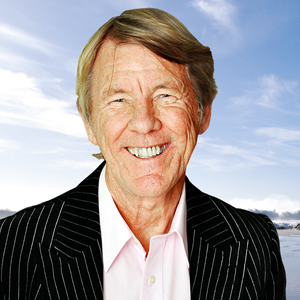 President of Scandinavian International University and President for the Gävle Congress. He is also the founder of the Mental Training (1960´s) and of the International Society of Mental Training and Excellence. Has served as a visiting professor at many universities around the world and worked with the Olympic Committees in 12 countries. 21 books and many articles. His mental training programs have been used by millions of people.

Lars-Eric Unestahl, Ph.D. introduced the clinical and experimental Hypnosis in Sweden 1961 and created the concept of Mental Training 1969. He combined research at Uppsala and Örebro university with the work with 12 national and 2 olympic teams in the 1970´s in order to design and evaluate the practical mental training programs.

As a visiting professor in many countries (Australia, USA, India, etc.) he introduced the Mental Training concept and in 1989 he founded the International Society for Mental Training and Excellence with sections for School, Work, Sport, Business, Leadership and Health.

He has organized several World Congresses (Hypnosis and Psychosomatic Medicine in Uppsala 1973, Sport Psychology in Copenhagen 1985, Mental Training in Örebro 1991 and in Beijing 2008, Mind Training in Kosovo 2011 and in Gavle 2019.)

He has published more than 20 books and written and supervised many research articles.

Besides being the President for – and a moderator of – the 2019 Congress in Gavle he will introduce the developmental and the Excellence models and show how these models should be combined with Mind Training methods.